What People Wished Their Leaders Knew 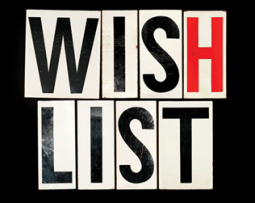 During my years as a consultant, I have often had people say to me, “I wish my leader knew …” to which I would encourage the individual to speak up and raise an issue of real concern so things might improve. When I did this, I often got the following responses:

“It won’t make a difference.”

“It will just make them mad.”

Whatever the excuse for not speaking up, I noticed that most people were afraid of the consequences. Perhaps they thought negative things would occur because of the team atmosphere. However, I found that it didn’t matter whether those consequences were perceived or real; they were real to them. One thing I knew for sure, there was a whole lot of fake talk going on — conversations that didn’t address what mattered most and which negatively affected results.

Consequently, I thought it might be worthwhile mentioning some of what I heard in an attempt to broaden the perspective of leaders who deal with complex business challenges and who are tasked with solving problems. Listed below are a few of the challenges people mentioned that they had experienced with their leaders:

Obviously, the individuals on the receiving end of such behavior have some responsibility to share their concerns and make requests that would make their work more efficient. For whatever reason, they didn’t feel comfortable in doing so. Taking the time to be clear, checking the time and resource commitments of those who will do the work, and being clear about priorities will greatly help. Additionally, planning and effective decision making can be greatly enhanced by soliciting the ideas and input of those doing the work.

If you include others in the processes of planning the work you will not only establish value for their contribution and expertise, but will also improve the quality of your results. Only then will the “I wish’s” that take a toll on your effectiveness go away.