The Gift of Ourselves 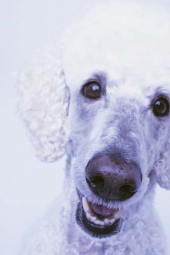 I was dashing through the Atlanta airport to catch a flight out West. When I finally arrived at my gate and had a moment to pause, I started to notice what was happening around me. People were hiding behind their newspapers, texting on their smartphones, or standing shoulder to shoulder like a mass of penguins. I was shocked by how few people were actually talking and connecting with those around them. I thought, “Certainly on Thanksgiving weekend, people would show a little more cheer.” Little did I know, I would soon have an opportunity to connect with another person.

I boarded the plane and found my middle seat. Soon an elderly woman seated herself on the aisle. Then the announcement was made that the plane doors were closing in preparation for take off. No one had claimed the window seat. There would be plenty of room to relax and spread out a little.

Wrong! At the last moment, a short, stout woman forced her way over our legs and landed in the window seat. I was shocked that the woman was holding a fairly large poodle in her arms. The dog tried to get away from her by bounding into my lap. It licked at my face and hands and even nipped my jacket as the woman wrestled the dog back onto her lap. What was even worse is that the dog smelled like it hadn’t had a bath since it had been born. “How will I ever stand four hours of this?” I angrily wondered to myself. It was then I noticed that the poodle was wearing a vest that had the words “Emotional Support Animal” embroidered on the back. I guess I must have had a bewildered look on my face because as I looked up, the flight attendant motioned me toward the galley.

“I am sorry,” she started. “People can get a note from their doctor which allows them to bring their dog, cat, or monkey on the plane. I don’t have another seat to move you to because this flight is full. If you aren’t willing to sit in your seat, I will have to take you off the plane. What would you like to do?” she asked.

“Just know that she has to hold the dog in her lap. She can’t put it down on the floor, walk it, or let it bother you,” she explained.

As I returned to my seat, I was mad at the airline, the flight attendant, and the woman with the dog. Yes, I had an attitude problem.

I started to think about what I had seen in the airport. I remembered all the people who were engaged in avoidance and isolation behavior--no one reaching out, talking, or connecting with others. No one had been willing to give the Gift of Themselves. I thought how sad it was that this woman needed an animal when people surrounded her. Still, it took me at least an hour to love this woman and her dog, and change my attitude toward them.

During this holiday season we should remember others and give them the Gift of Ourselves by taking a moment to connect. It takes so little effort to smile at others and to speak to them while waiting in a line somewhere. Or you might make the effort to express heartfelt appreciation to those you work with. You could visit a widow, take a flower to an elderly person, read to a child, get down on the floor and actually play with your children, or tell your spouse or other family members how much you love them.

There are many opportunities to reach out and connect with other human beings. If you take or create the occasion to do so, I know that it will bring joy and satisfaction to you and to others.

May you have a wonderful holiday season as you give the Gift of Yourself.